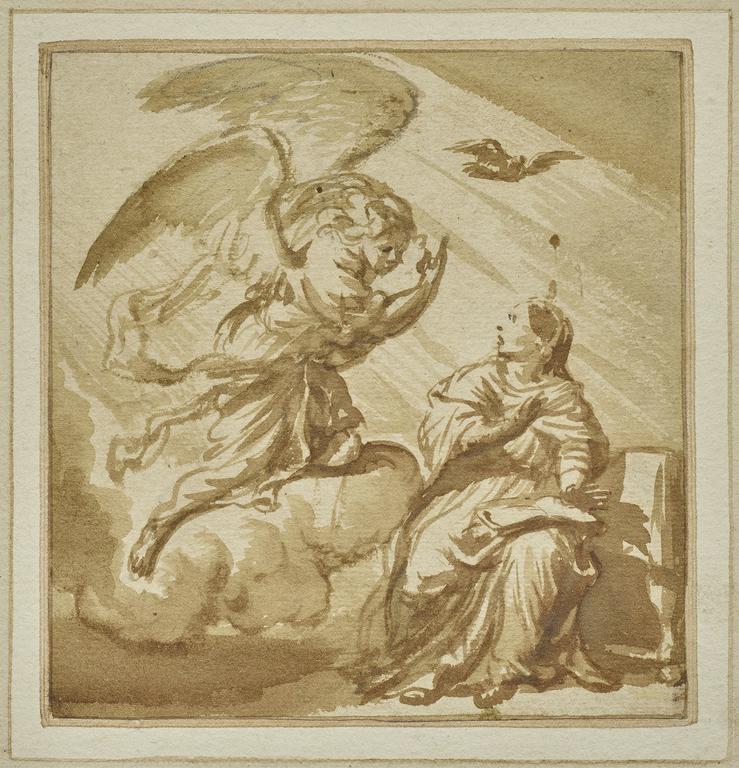 Van Hoogstraten, Rembrandt's disciple who was also the second historiographer of Dutch painting after Van Mander in 1604, wrote in 1678 that "art, after the iconoclasm of the last century, was not completely annihilated in Holland, even if the best way, church painting, was closed, and most painters specialised in minor subjects".

The shortcut seems brutal. But it is true that Dutch painters in the 17th century, with the glorious exception of Rembrandt, became "painters of" : portraits, seascapes, landscapes, still lifes, genre scenes... This was less a consequence of iconoclasm than a "market phenomenon".

Adriaen's father and elder brother, Willem the elder and Willem the younger, were both marine painters. Adriaen has a strong personality which, despite his death at the age of 35, allowed him to establish his mark on the world of art. He also converted to Catholicism when he married in 1657 and painted a few rare church paintings for the semi-clandestine Catholic worship.

His best known work is The Annunciation (1667) in the Rijkmuseum in Amsterdam, in a classicist style. The dove of the Holy Spirit and his escort of light are inexplicably absent, the Angel seems almost embarrassed, as if he had to excuse this delay, and the Virgin, on the contrary, perfectly in control of herself.

Although the drawing is clearly by Adriaen Van de Velde (in comparison with the Apparition of the Angel to the Shepherds in the British Museum), the style is surprisingly baroque and the composition very different from the painting. The dove is clearly present, the light flows freely, the Angel declaims his verse and the Virgin seems genuinely surprised. Paradoxically, we are closer to Rubens' Annunciation (1628), now in the Rubenshuis in Antwerp, but which was in Spain during Adriaen Van de Velde's lifetime. Perhaps he was familiar with a copy of this work, such as the illustration of John Collaert III in the Missale Romanum (Roman missal).

It is fascinating to observe how a great artist, in the exercise of drawing where neither the constraints of the place nor the techniques of painting restrain him, freely adapts his style to the purpose of the work. At that time, the artistic idiom of the Catholic faith was Baroque and this drawing conforms to it. However, the reality of worship, confined to the attics of Amsterdam's private mansions, led him to show more self-restraint, even at the cost of a certain clumsiness, in the execution of the painting.