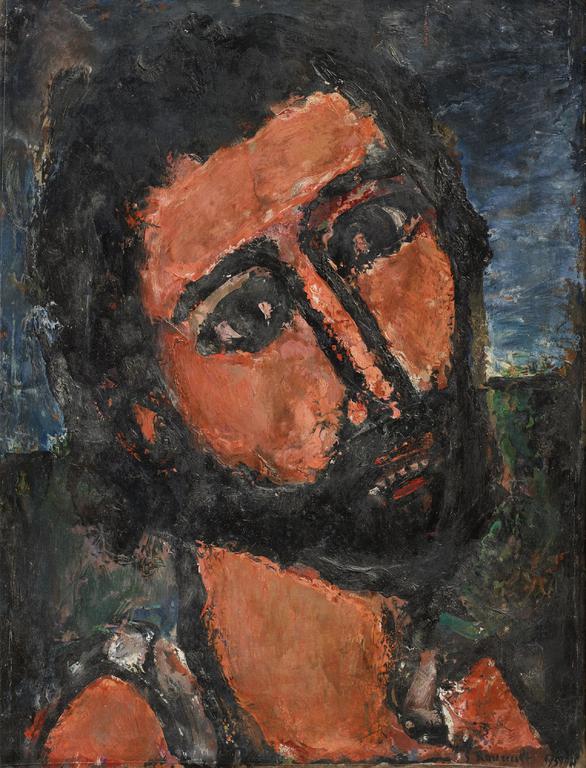 Rouault often retouched his works, superimposing layers of paint, which explains why this oil on paper, mounted on cardboard, signed and dated 1939, appears in the catalogue raisonné dated 1931-1939.

The subject, St. John the Baptist, is rare - only two in this period - and this rarity finds its formal manifestation in the fact that the figure looks upward. More often in Rouault's works, painter of the humble (including Christ), figures look down. On the contrary, Saint John the Baptist has a high idea, if not of himself, at least of his mission : "There was a man sent from God", says the Gospel according to Saint John, "he came to bear witness, to give testimony to the light, so that all might believe through him."

The cutting of the background, between heaven and earth, the eyes at the same height as the sky, the lips at the same height as the earth, accentuates this message, including the teeth that evoke the cry, "the voice of the one crying in the desert". And which are also perhaps an ironic reminiscence of the remark of the philosopher Jacques Maritain, great friend and inspiration of Rouault : "God does not ask for religious art (...). The art he wants for himself is art. With all its teeth." (Réponse à Jean Cocteau, Paris, 1926).